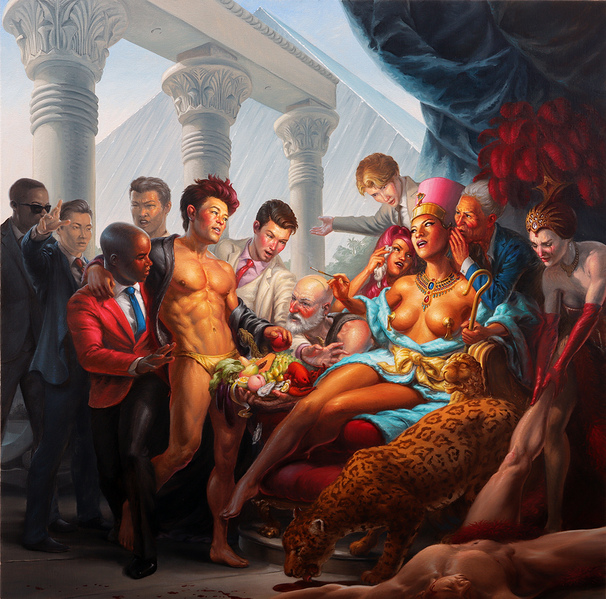 This painting reimagines the moment when Cleopatra contemplates suicide after her battlefield loss to Octavian. In this revisionist history, Cleopatra thinks better of suicide, and at the last minute redirects her servants to pass the basket of fruit with the asp on to the triumphant Octavian who sweeps in with his entourage. In this scene, Octavian reaches for an apple, triggering the asp to strike. This, like most of my recent work, reimagines historical, mythological, and literary motifs to destabilize the inherent power structures within those narratives. The style adopted is Rococo, which coincided with the rise of Colonialism. The style therefore relates to the historical narrative of this piece which shows the conquest and colonization of a colonial ruler.
Current Work: Revisionist Histories
Loading...